Love In the Time of Corona, Vol. 2 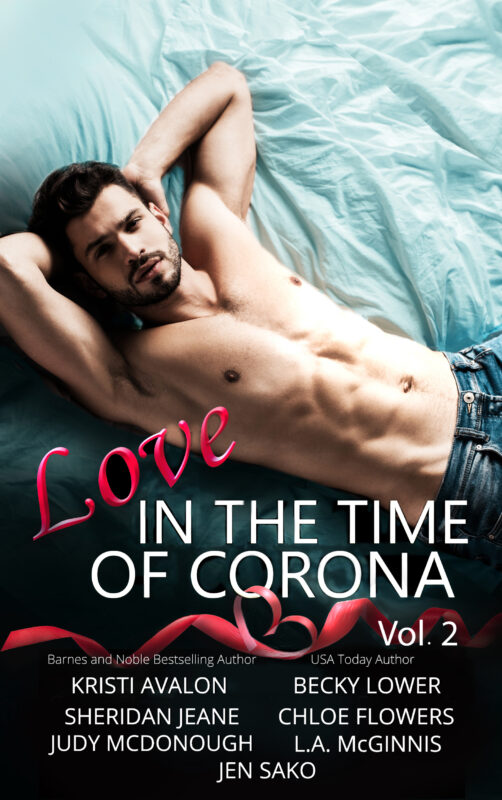 Sheridan's Story is:
Viral Dance - Contemporary Romance
Free spirit Lily Lennon and CEO Josh Graves are opposites, or are they? When circumstances throw them together in a Mount Rainier cabin during the pandemic, she’s determined to have him teach her to waltz. Can these two dance their way into one another’s hearts?

Order Now!
About the Book

Defending the Tycoon’s Daughter – Kristi Avalon 🔥🔥🔥 – Romantic Suspense
Escaping a threat against her wealthy family and the global pandemic, Talia Hudson finds herself in an isolated mountain retreat with her handsome, aloof bodyguard. A scandal in Brett’s past gives him good reason to avoid Talia, yet he can’t deny the attraction sparking between them. Will one night of passion lead to regret– or is he ready to risk it all for love?

Ship Mates – Chloe Flowers 🔥🔥 – Contemporary Romance
After a house fire destroys everything she owns, Tara needs a temporary home. In a weak moment, Officer Scott Merrick offers an unorthodox solution: sharing a cabin on his boat. Since he works the graveyard shift and she runs her restaurant during the day, they’ll be like ships passing in the night, which is fine by both of them.
They only communicate by writing notes to each other.
It’s a bad idea to fall in love during a pandemic, but what if they’re soul mates as well as shipmates?

Viral Dance – Sheridan Jeane 🔥🔥🔥 – Contemporary Romance
Free spirit Lily Lennon and CEO Josh Graves are opposites, or are they? When circumstances throw them together in a Mount Rainier cabin during the pandemic, she’s determined to have him teach her to waltz. Can these two dance their way into one another’s hearts?

Choosing My Own Bananas – Becky Lower 🔥 Seasoned Romance
Claire has lived her life alone and free. But now, as an aging single, she’s facing the coronavirus by herself, and it’s the first time she’s been uncomfortable with her decisions. She ignores her sister’s advice and decides to take advantage of her local grocery’s early Senior Hour to do her own shopping.
Widower Bert can’t believe his luck. The mysterious woman from the health club pool is right behind him in line, waiting for the store to open. He and his friend call her Esther Williams, but now he might get to know her real name. And hopefully a whole lot more.

The Royal Muse – Judy McDonough 🔥🔥 Contemporary Romance
New Orleans artist, Melody Landry, is done with relationships and cheating men. She’d much rather paint her frustration into money-making masterpieces.
Reece Thomas has had enough heartache for two lifetimes. He’d rather drown his sorrows with his trumpet and whisky than give anyone else a chance to rip his heart out.
Love was the last thing on their minds—until they found each other.
Can the healing powers of music and art bring two bitter souls together in the midst of a pandemic?

Espresso. Paper. Love. – L.A. McGinnis 🔥 Contemporary Romance
A stir-crazy actress charms her way into a young doctor’s life from the neighboring apartment building. It’s one thing to exchange notes and coffee in a crisis, it’s another to deny their growing attraction.

Tipsy – Jen Sako 🔥 New Adult Romance
Barbera Piedmont works in one of Manhattan’s top restaurants alongside a hot sommelier named Cavan Mills. One fateful night furloughs them both and there seems to be no end in sight. To Barbera’s surprise, Cavan contacts her for help keeping his career on track. Through a virtual connection, they share wines along with their fears and dreams. Barbera can’t help wondering what will happen to their digital relationship when life returns to normal. Will her services no longer be needed, or will these strange and dangerous times end in love?

The 🔥 next to the title indicates spiciness on a 1-5 scale as judged by each author. 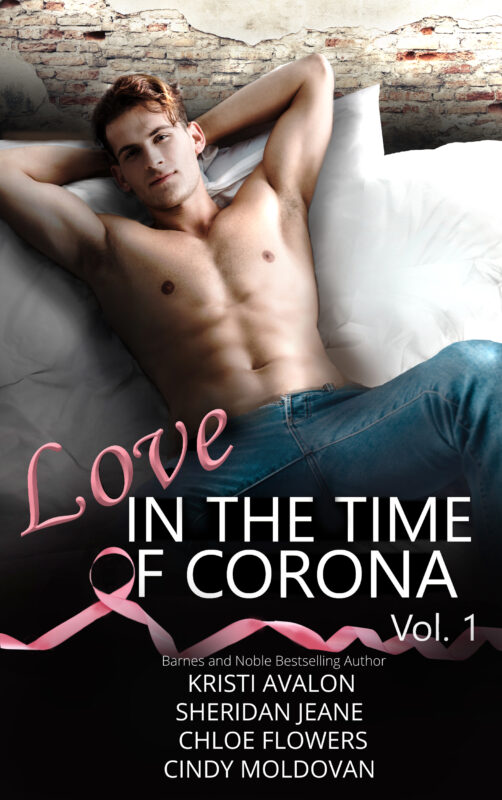 Love In the Time of Corona
Disclosure of Material Connection: Some of the links in the page above are "affiliate links." This means if you click on the link and purchase the item, I will receive an affiliate commission. I am disclosing this in accordance with the Federal Trade Commission's 16 CFR, Part 255: "Guides Concerning the Use of Endorsements and Testimonials in Advertising."